Akshay Kumar Biography : He is one of the biggest superstar in India, His full name is Rajiv Hari Om Bhatia. People also know him as Khiladi Kumar. 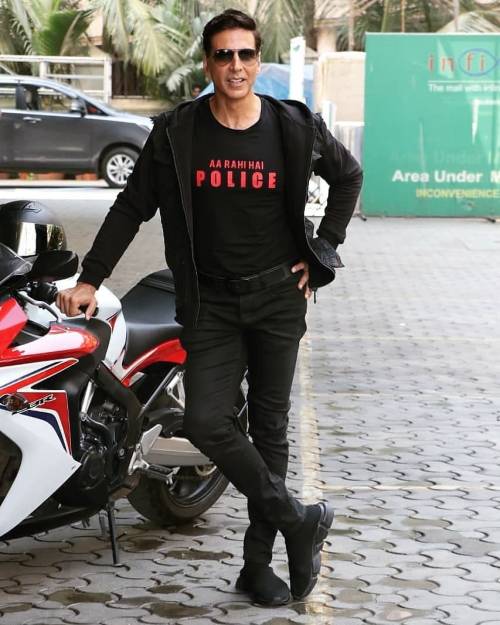 Akshay Kumar was born in Amritsar Punjab to Hari Om Bhatia. His father was an Indian Army officer. Akshay Kumar’s family shifted to Delhi after some time. He was not very good in studies but he was very good in sports. After some time his father left the army job and the whole family shifted to Mumbai. He came to Mumbai and started studying at Don Bosco High School, Matunga, apart from this he was very interested in sports, so he started learning Karate. Due to not being good in studies, he paid more attention to the sport and got a black belt in Taekwondo. he left college and requested his father to send him to Bangkok to learn martial arts. After which his father allowed him to go to Bangkok to learn martial arts. He went to Bangkok and took training in Thai boxing and martial arts for 5 years, during which he also worked as a waiter in restaurants.

Akshay Kumar’s life was quite a struggle after returning to India from Bangkok. During this time he worked as a chef in a restaurant and apart from this he worked as a jewellery seller in Delhi. Although his mind did not feel like it at all. So he moved to Mumbai. Coming to Mumbai, he started teaching martial arts, during which one of his students’ father, who was a model coordinator, advised Akshay Kumar to get into modelling. After this he modelled for a furniture showroom and from there he got a lot of money. He could not believe that what he used to earn in a month, he earned so much money from modelling in just 2 days. After this he further turned his career towards modelling.He worked as an assistant photographer for 18 months for free so that his first portfolio could be shot, apart from this he has also worked as a background dancer in many films.

Saugandh was Akshay Kumar’s first film in which he acted as a lead actor and in the same year he acted in the film Dancer which got very bad reviews. After that he worked in Abbas Mustan’s Khiladi. This film was a super hit, after which people named him Khiladi Kumar, however after this Akshay Kumar’s film started to flop one after the other, which included films like Sainik, Waqt Hamara Hai etc. 1993 was the worst year for the Akshay Kumar Career  and he became very upset about this. After completing some film projects, he wanted to return to Bangkok so that he could make a career in some other field, meanwhile in the year 1994, he worked in 11 films. In the same year 1994, Akshay Kumar’s two films Mohra and Main Khiladi Tu Anari were one of the highest grossing films of the year. sAfter the success of these two films he gave up the intention of going to Bangkok and thought of moving forward in Bollywood. he worked in many films of the Khiladi series, including sabse bada Khiladi, Khiladiyon Ka Khiladi. he won the hearts of people by working in all these films.

He is the only actor in Bollywood who has done all kinds of films whether it is comedy films, action films or romance films. He has played every kind of role very well. In comedy films, who can forget Hera Pheri, Phir Hera Pheri, Mujhse Shaadi Karogi, Housefull, Housefull 2 people still remember all these films. Talking about romance films, he has worked in films like Dhadkan, Humko Deewana Kar Gaye, Dil To Pagal Hai etc. His films Rowdy Rathore and Housefull 2, which released in 2012, were a huge hit at the box office and both these films did business of more than 1 billion Indian rupees at the box office and in the same year Akshay Kumar started his second production company Which he named Grazing Got Picture Pictures Pvt Ltd. In the year 2009, he started his first production company named Hari Om Entertainment. He has done many patriotic films to inspire people, including Special 26, Holiday A Soldier Is Never Off Duty, Baby, Gabbar Is Back, Rustom, Airlift, Kesari etc. Apart from this, he has also worked in many films based on social issue, which include films like Toilet Ek Prem Katha and Padman. Before the coronavirus pandemic, Akshay Kumar was the first actor to release 6 to 7 films every year and all the films earned well at the box office. However, after the coronavirus pandemic, there was a decline in the number of his films.

No one can deny that Akshay Kumar is the first Bollywood actor who has made the most patriotic films and instilled patriotism among the people. He also does a lot of social work, he donated ₹ 5000000 to Being Human Foundation. Apart from this, in 2015 he had donated ₹ 900,000 to the Maharashtra government for the farmers of Maharashtra . In the year 2013, he started the cancer center which was specially made for the Maharashtra policemen. In the year 2017, Akshay Kumar along with Minister Rajnath Singh launched the app which was named Bharat Ka Veer. With the help of this mobile application, people could donate to the families of the martyred soldiers and help them financially and as a result, by the year 2020, 150 million rupees were collected. He donated ₹ 25,000,000 to the PM Cares Fund during the coronavirus pandemic in the year 2020. At the time of draught in Maharashtra, he had taken very low fees from cold drink companies because the business of cold drink companies was affected due to lack of water. 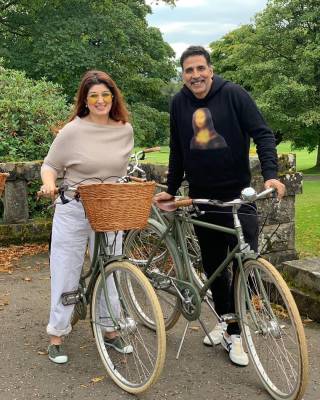