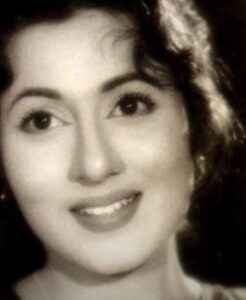 She was born on 30 January 1908 in Visakhapatnam (Andhra Pradesh). She was born in a very wealthy family and her family was Bengali. Her father’s name was Manmathnath Choudhary . He was a colonel, doctor and very big landowner. Her mother name was Leela Devi Chaudhary and she was very educated. Devika Rani’s mother was a niece of Rabindranath Tagore. When Devika Rani was 9 years old, her parents sent her to a boarding school in England. After finishing school, she studied acting and music in London. She was an expert in every art. After learning acting, she also did art direction and costume designer courses in London. Devika Rani then took up a job in textile design.

She met famous producer, director and hero Himanshu Rai in England. Those days he was making a film named A Throw of Dice. When she met him, she was very impressed and she became the assistant of Himanshu Rai. Both worked together and both met daily. Both started to like each other a lot and the choice turned into love and they both got married in 1929.

After marriage, the two together made a film in England and this film was made in two languages and the name of this film was Karma. In this film, she was the heroine herself and her husband Himanshu Rai was the hero. The film was released in 1933. Both came to Mumbai in 1934 and they built a very big studio in Mumbai and named this studio Bombay Talkies. in 1936 both made a film and the name of this film was Jeevan Naiya. In this film, the heroine was Devika Rani and the hero was Najmul Hassan. During the shooting of this film, she fell in love with Najmul Hassan and she escapes with Nazmul Hassan. There was an uproar in the Mumbai Talkies as Devika ran away with Najmul Hasan. Everyone finds her with great difficulty and convinces her to complete the film but Najmul Hassan was removed from this film and Ashok Kumar was chosen as the hero.

This was the first film of Ashok Kumar and after this film, she did many more films with Ashok Kumar and most of those films proved to be successful. World War Two started in 1940 and at that time Bombay Talkies suffered financially and Himanshu Rai could not bear the shock and died in 1940. After the death of her husband, she assumed the responsibility of Bombay Talkies and everyone said that she would not be able to handle Bombay Talkies after the death of her husband but she proved everyone wrong. She made many hit movies like Kangan, Jhula, Kismat. In 1942, Madhubala was first given a break in films by her and in that film Madhubala was working as a child artist.  In 1942, Devika Rani made a film named Jowar Bhatta and in this film, she hired a new boy named Yusuf Khan and she changed the name of Yusuf Khan to Dilip Kumar. As she got older, she decided that she would not work in films and she only started producing films but sadly, all the films that Devika Rani made later proved to be a flop at the box office, after which all the shares of Bombay Talkies had to be sold and in 1945, Devika Rani retired from films. 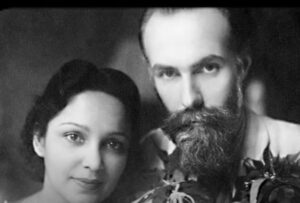 In 1945, Devika Rani had a second marriage with a Russian painter and after marriage, both of them left Mumbai and moved to Bangalore and settled down. Devika Rani had no shortage of money, she used this money to buy a lot of properties in Bengaluru and started  export business and in 1993 Devika Rani’s second husband died and after the death of her husband, Devika Rani left the world in 1994.