Disha Patani is a Bollywood actress who is in the news due to her looks and she started her career in Bollywood film industry with the film M.S. Dhoni: The Untold Story.

Disha Patani was born in a higher middle class family, her father Jagdish Singh Patani is a police officer and her mother is working as a health inspector. His elder sister Khushboo Patani is serving as a lieutenant in the Indian Army and he has a younger brother named Suryansh Patani and he has also studied engineering from Amity University Lucknow.

Disha loved to study and she was the topper of her class, she studied till 12th from Bareilly Uttar Pradesh and she grew up aspired to become a pilot. She was very shy in her childhood .she was paying more attention to her studies, due to which she used to pay very little attention to her looks, so she gradually started lacking confidence However, during her 12th studies, she brought confidence in herself and she started performing on stage as well.

After the completion of 12th, she got admission in Amity University and in the second year of his B.Tech she came to know that there is a modelling contest in Madhya Pradesh, after which she expressed his desire to go there, although her parents agreed but due to busy schedule No one was able to go to Madhya Pradesh with Disha, after which she went to Madhya Pradesh alone and she participated in that beauty contest and became the winner of that beauty contest. After which she won many titles in the modelling world due to which she started getting many AIDS and photoshoot offers. Due to so many offers, she was not able to give time to her college, so she left her college studies in the middle and she moved to Mumbai and started working in a modelling agency.

When she expressed her desire to become an actress in front of her parents, her parents were not supporting her, although Disha Patani’s elder sister Khushboo Patni supported her a lot and explained to her that she can become a good actress. she started auditioning in films along with photo suits and promotions, at that time she lived with many models in a small flat in Mumbai. She also used to shoot small advertisements as she was facing shortage of money, although she did not discuss with her parents about the paucity of money. She worked in the advertisement of Cadbury Dairy Milk in the year 2015 and from there she started becoming famous.

She started her journey in films with the Telugu film industry, she debuted in the film industry with the Telugu film Loafer. In this film she was playing the role of a girl named Mouni who runs away from home to avoid forced marriage although this film did not get a good response from the audience and the film proved to be a flop. After that she appeared in the song Befikra with Tiger Shroff which was well-liked by the audience. After this song, Disha’s fan following increased significantly and from here she came in the eyes of Bollywood producers and directors.

In the year 2016, she acted in the film M.S. Dhoni: The Untold Story and she had a small role in this film but her role was very strong, due to which her acting left a deep impression on the hearts of people and after which After which she started getting offers of films from Bollywood. In the year 2017, she worked with Sonu Sood and Jackie Chan in an action adventure comedy film Kung Fu Yoga. In the year 2018, she was seen in the film Baaghi 2 opposite Tiger Shroff and the film was a super hit. In the year 2019, she got a chance to do item song in the film Bharat. After doing item song in the film Bharat, Disha Patani had said that she and Salman will never be able to work in any other film because there is a lot of age difference between them, while talking to the media Salman Khan said that An even younger actress is working with him in his upcoming film, although after that Disha Patani was Salman Khan’s heroine in the film Radhe. 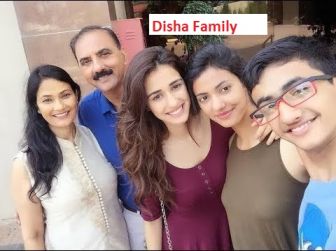 Some Interesting Facts About Disha Patani