Dr. Tanu Jain is a 2014 batch UPSC topper. She was born in the crowded area of delhi-6, Sadar Bazar. She was a doctor but later became an IAS officer and currently she holds the post of Assistant Director of DRDO. 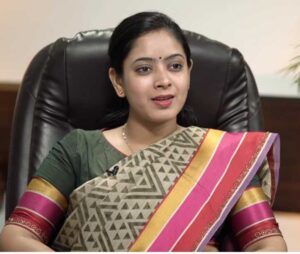 She was born in the crowded area of delhi-6, Sadar Bazar. she lived in a joint family but her parents were very supportive. She was completely from a business family so There is not much of a professional background. she did his early studies from Cambridge School Srinivaspuri. She was an average student since childhood.

Her journey towards UPSC started only after her internship. After the internship, she decided to clear UPSC exam as she believed that there is a limitation in doctor’s profession, but your decision in civil service affects a very large area. According to her UPSC is not a journey which ends in 3 months, it is a journey which takes years. She started in 2012, at that time she gave her first prelims and it continued till 2017. she had given 6 attempts of UPSC and she passed this exam in her third attempt. In 2014, she cleared this exam and in 2015 she was allocated Armed forces headquarters service.