Jersey Movie Review : Jersey Movie is a good remake of Nani’s Telugu film Jersey . Telugu version of this movie is far superior than it’s Hindi remake. The most interesting thing is that before the release of this film, people had seen two big films of South, which include films like RRR and K.G.F. chapter Two. If you compare, then Jersey movie does not stand anywhere in comparison to all those movies.

Right now people have a different vibes and emotion so this film will not be able to do well at the box office Because the audience wants a big and massy film right now and this film does not fit anywhere, so it can be said that the release time of this film is very wrong, or if it was released before KGF Chapter 2 and RRR, then it could have run. 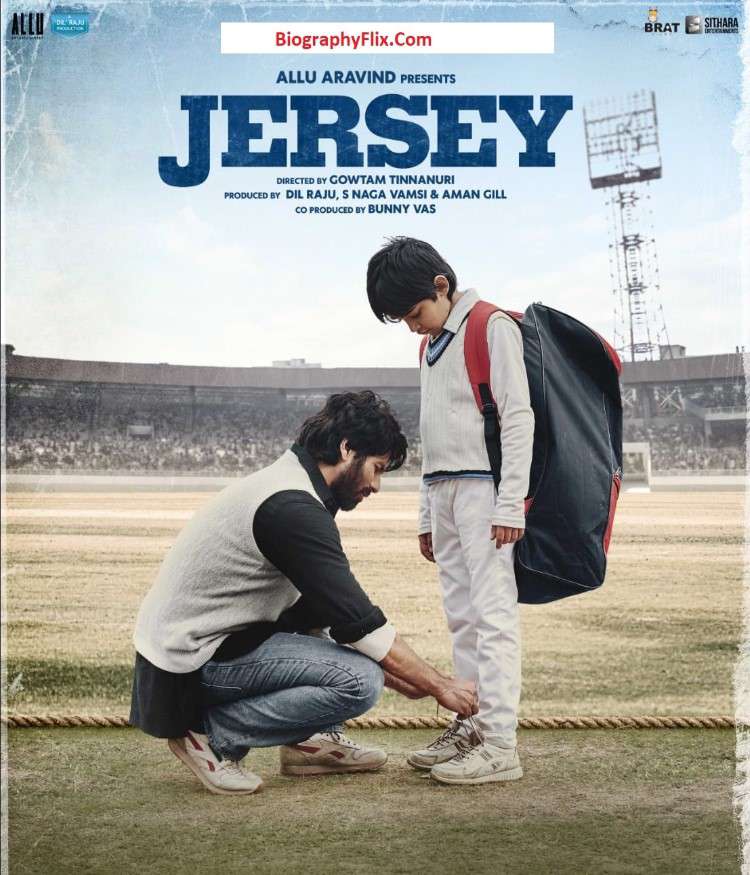 The film was released in India on 22 April 2022, although the film was to be released much earlier, but due to Coronavirus, the film was delayed.  The duration of this film is 2 hours 50 minutes.

The story line of the film is very good, it is shown that a father wants to buy his son a cricket jersey but he does not have money, so he starts playing cricket himself to buy the jersey, so that he can raise money and buy cricket jersey for his son. The storyline is quite brilliant which is quite original and unique in itself. , This story teaches that the desire to have one small thing makes you think about many things.

The film’s narrative is completely based on emotion. For Arjun, getting the cricket jersey becomes an emotion. It is shown in this film that Arjun  realizes that he has failed and becoming a burden on his family. When Arjun starts playing cricket, people make fun of him and say that he is not of age to play cricket. All these scenes show a deep emotional value.

in this movie Shahid Kapoor gives fine solid performance. His screen presence and acting is brilliant, according to me this performance is not the best but he will definitely impress everyone with his acting in this film. Mrunal Thakur has also acted very well but she did not have any big scenes in the film.