Khan sir has become very famous in India today and people like him a lot. He runs a YouTube channel named Khan GS Research Centre. People like his way of teaching very much, This is the reason that millions of people have subscribed to his YouTube channel in a very short time. 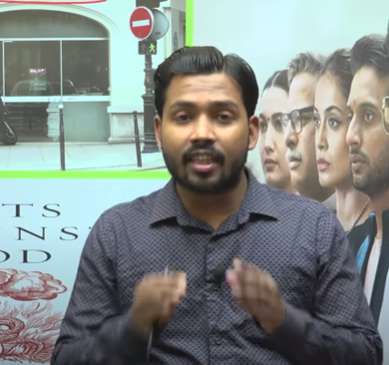 He was born in a small joint family . He was very naughty as a child. His early education took place at Parmar Mission School and he studied in this school till class VIII. Due to financial constraints, his childhood was spent in difficulties. There was a college in front of his house and when the college was off, he used to go to the college and collect pen, copy pages and pencils. He used to bring all these things and give to his mother, after which his mother used to stitch papers and make copies for him. His father was a professor but due to financial constraints his father started working in various places including ship building, pipeline. Sometimes his father worked in other foreign countries as well, due to which Khan sir’s childhood was never stable. When he was studying in class 8, he had a passion to join the army, after which he gave the entrance examination of Sainik School for class nine, although he could not get selected in Sainik School. Sainik School Entrance Examination is conducted every year by the Government of India and students can apply for the Sixth Class & Ninth Class. After this he gave the exam of polytechnic, although his rank in polytechnic was not good. After which he continued his studies.

During his early studies, he had joined NCC, after which he got to know a lot about the Indian Army. He used to teach under Dr RB Prasad in Rajendra Nagar and used to prepare for NDA in his building and he successfully passed the written exam of NDA, although he was medically unfit due to crooked hand, after which his dream of joining the army was shattered. After this Khan sir has continued his studies and during his graduation, he started facing financial problems after which his friends supported him alot. His friends used to give some of their pocket money to him. 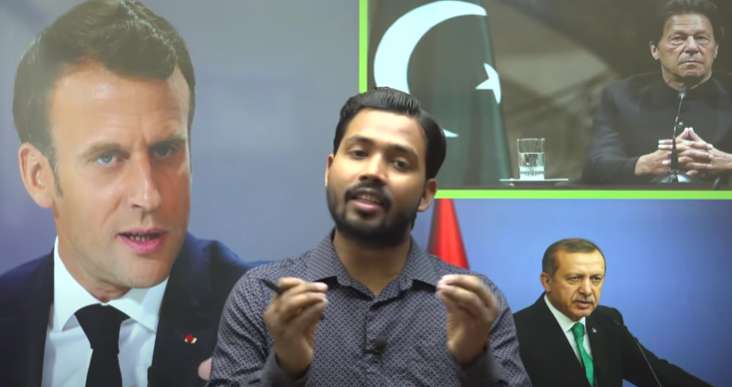 He had three friends named Sonu, Hemant and Pawan. Among them, the financial condition of Khan sir and Hemant was bad, after which Hemant had approached khan sir to teach home tuition. Initially he started teaching home tuition to a boy, although the boy was very weak in studies, after that he tried his best to teach that student and that boy started getting the first rank in the exam. After some time Hemant approached Khan sir to join a coaching institute. At that time only 6 students were studying in that coaching institute and Khan sir started teaching there and then gradually the number of students increased a lot. That coaching owner was in love with money and that is why Khan sir had to leave that coaching and after that he started his own coaching institute Khan GS Research Center. Initially, he did not know much about running a coaching institute, so he collaborated with many people to run this coaching institute, however after six months his partners grabbed that coaching, this incident disappointed Khan sir and forced him to leave Patna. At that time only 40 rupees were left in his packet and he needed 90 rupees to go home. After this incident, he went to the banks of the river Ganges in the evening and sat there and started thinking about this incident. That day he sat there till 2 o’clock in the night.

He did not give up and started his coaching institute again with the help of his old students. Gradually his coaching became very famous but during this time some unknown people attacked his coaching with bombs, after which there was so much devastation that Khan sir started feeling that he has to stop this coaching now. After this incident, all the institutes running around him, the teachers of all the institutes left from there. This incident disappointed Khan sir but the students showed courage and supported Khan sir. On the day when this attack took place, all boys and girls were present in the evening batch and the boys of the next batch were guarding outside the institute. Seeing all this, Khan sir also got courage and he continued to teach. Gradually Khan sir’s coaching became famous all over India and Khan sir started a library for the student and today that library has become the biggest library in Patna.

In the year 2020, the corona virus had spread like an epidemic all over India and lockdown was imposed everywhere, after which all the coaching institutes had to be closed. After which Khan sir returned to his village. Whereas he thought of teaching online but he did not know much about the online platform. One of his village friends had a photocopy shop. In the same shop, Khan sir started teaching online with the help of his friend.

Despite this, he was facing a lot of difficulties in teaching because all his teaching material had been left in Patna. After which he took the decision to go to Patna but at that time there was a lockdown in Patna due to coronavirus. After which he went to Patna as a truck conductor and brought all the teaching materials to the village but at that time he did not have a studio, yet somehow he prepared his studio with the help of bamboo and started teaching.  Khan sir has a friend whose name is Mishra, he helped Khan sir a lot in setting up his studio. After which Khan sir started his YouTube channel and today Khan sir’s YouTube channel has more than 12 million subscribers (as in october 2021).

Some Interesting Facts About Khan Sir

what is the real name of khan sir?

what is the name of khan sir’s father?

Why Khan sir is so famous?

Answer:-He is very famous for his method of teaching

what is the name of khan sir’s coaching institute?