Major Mohit Sharma was an Army officer and was awarded the Ashok Chakra, India’s highest peacetime military decoration. He was from the 1st Para Special Forces of the Indian Army. He is still remembered by people as he made his supreme sacrifice while serving Mother India. On 24 March 2021, India’s Defense Minister Rajnath Singh unveiled the statue of Major Mohit Sharma in Ghaziabad. 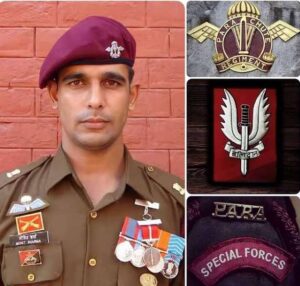 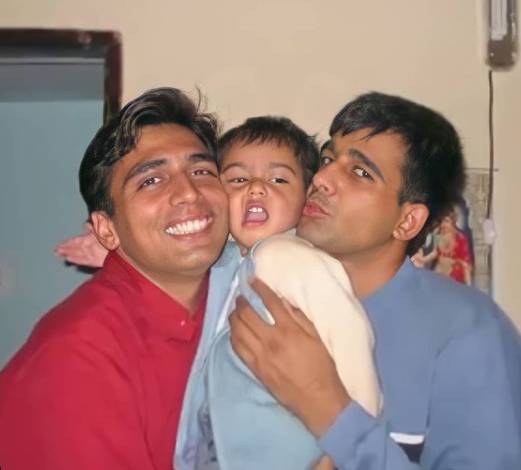 He was born on 13 January in Rohtak, Haryana, and his family members used to call Mohit Sharma affectionately as Chintu, and the other name of Mohit Sharma was Mike which he got while studying in NDA.  He was very naughty since childhood. He was promising since childhood and he used to treat everyone very well, respecting all the people of the house. He had the quality of attracting people. He was a big fan of Michael Jackson, he used to play musical instruments in his spare time. Initially he used to play keyboard but after some time he stopped playing it because In a short period of time, he learned to play many musical instruments, so he always kept changing musical instruments and finally he started playing Spanish guitar.

He did his early education at Manav Sthali School in Delhi and then later joined DPS School Ghaziabad. At that time, Mohit Sharma’s elder brother was preparing for the NDA exam. He also wanted to prepare for NDA but his family wanted him to become an engineer as his family felt that he could never be admitted to the army because his physical fitness was not so good. Although his elder brother could not pass the NDA exam, but Mohit Sharma had decided that he would definitely give the NDA exam one day and he would succeed in it. After completing his 12th standard, he took admission in Sant Gajanan Maharaj College of Engineering ,Maharashtra and during that time he started preparing for the NDA exam secretly. He participated in the entrance examination of NDA and succeeded in it. After this, he also passed SSB interview. After passing the NDA Entrance Examination, he informed his family members, then his parents could not believe it because he had filled the NDA Entrance Exam form secretly. When his elder brother came to know about this, the elder brother felt that Mohit Sharma was joking but Mohit Sharma said on the phone that he has passed the SSB interview and he is going to join the National Defense Academy soon.

He joined the National Defense Academy in 1995. He was one of the most excellent cadets of his batch during his NDA course. During his training at the Indian Defense Academy, he learned horse riding, boxing and swimming and he loved all these three things. He also won the title of Horse Riding, Boxing and Swimming championship. 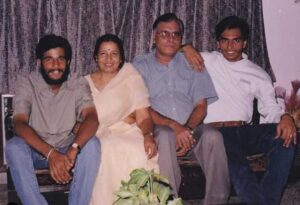 Major Mohit Sharma and Rishima Sharma met in Chandigarh in 2003 and let me tell you that Rishima Sharma is in the rank of Lieutenant colonel in the Army. 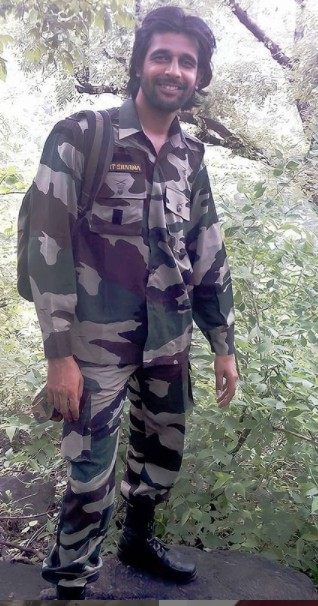 He joined the fifth Madras Regiment on 11 December 1999 after finishing training from the NDA. After some time, he joined the 38th Rashtriya Rifles (RR) and participated in several encounter insurgencies in Jammu and Kashmir. Seeing his bravery, he was awarded the first Gallantry Medal in 2002. In late 2002, he participated in the training of Para Special Forces and in june 2003 he joined One Para Special Forces. He was promoted to the rank of Captain on 11 December 2003. After joining Para Commando, he participated in many operations. He was awarded the sena Medal in 2005 for his bravery. After several operations in Kashmir, he was promoted to the rank of Major on 11 december 2005. During the third promotion, he was an instructor at the Commando Training Center located in Belgaum where he instructed for 2 years. Whenever Major Mohit Sharma’s posting took place in Kashmir, he started preparing for it 5 to 6 months ago which included growing hair, growing beard and adopting Kashmiri costumes. Apart from this, he also learned Dogri language of Kashmir.

Before the general elections in 2009, terrorist activities had increased in Jammu and Kashmir and the Intelligence Department confirmed three incursions in 1 week. Due to which antiterrorist operations were being carried out at different places in many areas and during this time four terrorists were killed. It was reported by the Intelligence Department that a large terrorist group was hiding in the forest of Haphruda. The responsibility of this operation was given to Major Mohit Sharma’s One Para SF and Second Battalion of Rashtriya Rifles. At that time, Major Mohit Sharma took leave of Holi, but during this time the cousin of Major Mohit Sharma’s friend died. It was very important for his friend to go home, so Major Mohit Sharma requested his commanding officer to reject his leave, instead his friend should be discharged. At the behest of Major Mohit Sharma, his commanding officer accepted this.

After that he was sent for operation in the jungles of Haphruda and the responsibility of that operation was on the shoulders of Major Mohit Sharma. While locating the terrorists in the jungle. Suddenly, firing started on them from all three directions in which 4 of his commandos were injured. During the shootout, he safely recovered his 2 commandos, Not caring about his life. he threw grenades and killed two terrorists, but Major Mohit Sharma was shot in the chest. Despite serious injuries, he kept giving instructions to his commandos and in the meantime he became martyrdom while fighting for his motherland. For this act of conspicuous gallantry, inspiring leadership and exceptional courage far beyond call of duty, Major Mohit Sharma was posthumously awarded the Ashok Chakra on 15 August 2009.

A film is going to be made on Major Mohit Sharma and the film is named IFTIKHAR. The film will be released in 2022.