Manoj Saru is an Indian tech YouTuber and blogger. He has a YouTube channel named Technology Gyan and has over 8 million subscribers on this channel. There was a time when he did not have the money to complete his studies and today he is one of the top tech YouTubers of India. Today he is a millionaire and is taking care of his entire family. 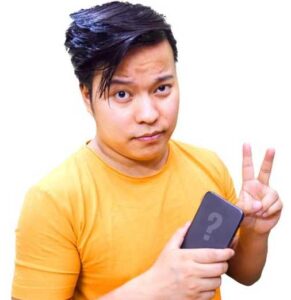 He hails from South Delhi. Initially, he lived with his family in a rented house in South Delhi. He has a small family consisting of his parents, a brother and two sisters. There was no facility in that rented little house. At that time the financial condition of his family was not good and sometimes he had to skip a time meal. Manoj Saru attributes his success to his mother. He had told in an interview that his mother wanted to give him good education and for this she was ready to do anything. At that time Manoj’s mother used to work in another’s house.

He was interested in technology since childhood. He always had a desire to know things related to computers and he wanted to do his B.Tech with Computer Science but he could not do B.Tech from Computer Science because he did not have the money to pay the fees. He was crying for 3 days due to the pain of not taking admission in the college. Due to money problem, he had to leave his studies for 1 year. During that 1 year, he had bought a laptop and had no money to buy that laptop, so he took a loan of ₹ 20000 from his sister and he learned many things online related to computers like how to fix computer, how operating systems work etc. Even after 1 year, his financial condition was not good and he took admission in open university to complete his studies. At that time he used to watch a lot of videos on YouTube and he saw a video that told that you can earn money online and this thing inspired him a lot. After this, he created a website and started writing articles, but even after 1 year, his website could not succeed.

After the website failed, he started looking for other ways to earn money online and he read an article that talked about earning money through YouTube. At that time, YouTube was becoming very popular among the people, because in India, due to Jio, a new revolution of the Internet had come. After that he created a YouTube channel named Manoj Saru and uploaded more than 25 videos related to software, applications in it. During that time, two of his videos went viral and he got 25 to 26000 subscribers but at that time he had no knowledge about YouTube’s Community Guidelines, which led to three strikes on his YouTube channel and his channel was deleted.

After that he created a second YouTube channel named Technology Gyan and after a lot of hard work on it, after 2 years he got his first income from YouTube, that income was $ 250. At that time, he invested all his money in creating websites and started giving all his time to YouTube. He had told in an interview that at that time he used to give 17 to 18 hours a day to the computer. Gradually his income increased and he shifted to another place. During this time he also bought a DSLR camera of ₹ 20000 after that he started making quality videos. During this, he completed his BCA studies and he did diploma in software engineering. During that time his monthly income was ₹ 40000 and then he started giving full time to YouTube. During 2018 to 2019, many of his videos went viral and his subscribers grew significantly. Today he has more than 8 million subscribers on his YouTube channel and today he is a millionaire.

Manoj Sahu is a millionaire today and has his own YouTube channel, besides blogging on the Internet. Today his earning is ₹ 500000 per month. Apart from this, he is earning money through affiliate marketing, branch promotion, blogging etc.