Vladimir Putin is a Russian Politician & former KGB Agent. People have already come to see Putin as a politician who is neither afraid nor bowed down to anyone. He is called a superhero of global politics, who is a black belt in martial arts and judo, who is fond of horse riding, hunts lions and is the hero of a film whose script he himself has written. No one had imagined that even in the 21st century there could be a war between two countries, but Putin surprised everyone by attacking Ukraine in February 2022. About the war, he says that 50 years ago he got a lesson from the Lenin Revolution that if a war is to be fought then you should start the war. Dealing with Putin is considered as one of the most difficult task for any world leader. Till 2022, 5 Presidents of America have reached an agreement with him, but none of them has been able to understand him properly till date. 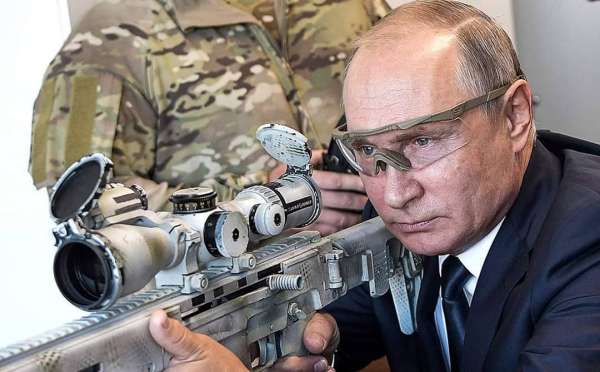 He was born on 7 October 1952 in Leningard (currently known as St. Petersburg). He was the youngest of his brothers and both of his brothers died before his birth. His brother Alwar died in infancy and his second brother Viktor died due to Diptheria. Putin’s mother worked in a factory and his father was a soldier in the Soviet Navy, although his father was also very active in the Secret Service and was a former KGB agent. He started practicing judo at the age of 12 and used to read books by Marx, Engels and Lenin in his spare time. Putin studied German at Saint Petersburg High School 281. In 1970, he enrolled at Saint Petersburg State University to study law, and he graduated from this university in 1975.

He was very much influenced by his father, so he joined the KGB in 1975 after completing his graduation and was trained at the 401st KGB school in Okhta, Leningrad. At that time the world was divided into two parts, one part was called the Eastern Bloc which was headed by the Soviet Union and the other was the Western Bloc which was led by America and Western countries and cold war was going on. The Berlin Wall divided the city of Berlin in two parts and it was a flash point of the Cold War between the Soviet Union and the United States. Putin’s first posting was here and it was very risky. He had spied many countries for the Soviet Union in East Germany, during which he learned to speak German well. In 1989, protests were taking place in East Germany against the communist government there, because the Soviet Union was leading this communist bloc, so people started a violent movement against the Soviet Union and the KGB. In the midst of this movement, one day an office in Berlin was surrounded by people because some Soviet diplomats and KGB agents were present unarmed in this office and this mob wanted to kill all these people. Among the agents of KGB, Putin was also present there, who sought help from the Defense Command at that time, but he did not get any help from Moscow, due to which Putin was disappointed, after which Putin came out and told the violent crowd that he had dangerous weapons and If the Protesters do not leave, he and his people will use dangerous weapons. Putin’s plan worked and the violent mob left, although Putin and his people did not have any dangerous weapons at that time. 1991 is very important for both Putin and the Soviet Union because in the same year the Soviet Union disintegrated and Putin also retired from the KGB with the rank of lieutenant colonel.

After retirement, Putin entered into politics. In 1994, he became deputy mayor of St. Petersburg for the first time, after that he became in-charge of the security staff of the Kremlin, which is the official residence of the President of Russia, then became deputy prime minister, and in 1999 he was sworn as the prime minister of Russia. Putin was the President of Russia from 2000 to 2004, then from 2004 to 2008, and there was a law in Russia that no person can become President more than twice, after which Putin became the Prime Minister of Russia in 2008. In 2012, by bringing a new resolution, he increased the presidential term from 4 years to 6 years and also abolished the law of not becoming president more than twice.

Putin’s net worth is said to be 500 billion dollars, which is the highest in the whole world. He has more than 20 houses and has houses in many places in Europe, according to the news in the media, the price of one of his bungalows is more than $ 750million.

Some Interesting Facts About Vladimir Putin