Dr. Vivek Bindra is a well known Motivational speaker of India, besides he is a successful YouTuber, entrepreneur & CEO. Vivek Bindra still gives all the credit for his success to Bhagwat Geeta.

Vivek Bindra was born in Lucknow (Uttar Pradesh). His father died when he was 2.5 years old. Vivek Bindra’s mother got remarried. After this, the situation changed completely and Vivek Bindra started spending most of his time with his uncle and grandfather. After some time he came to Delhi to study. He was very interested in sports since childhood. In an interview, he said that it is due to sports that he dares to face bad situations. He started teaching home tuition for pocket money while studying. When he was 16 years old, he did an advertisement in his area where he gave teachers a chance to teach home tuition and his purpose was to earn money because he knew that if he opens coaching then it will cost a lot of money. So he took this easy route. He was very good in economics since childhood. He decided that he would study MBA. For this he worked hard and applied for admission to University of East London Business School and he was successful but he could not go there due to financial constraints. After this, he completed his MBA from Amity Business College, Noida. During college, he started selling dictionaries on the road to meet his daily expenses.

After finishing his studies, when Vivek Bindra found that his parents were no more and he did not have any relatives, then he lived as a monk in Vrindavan for 4 years. In Vrindavan, he lived the life of a monk and served the people. At that time, Dr. Vivek Bindra was undergoing mental stress, then his Guru advised him to read Bhagavad Gita and he studied Bhagavad Gita. Since 2006, he started lecturing in seminars and in those seminars he used to give a speech on what he learned from Bhagwat Geeta. Once his guru told him that you should live a social life and you can bring change in the society. Considering his Guru’s point, Vivek Bindra gave up his monk’s life to bring change in the society and decided to become a businessman.

He decided that those who are not able to become a successful businessman due to lack of money, he will help them. He started his business in 2013 and the same year he also started his YouTube channel. Initially due to lack of money, he faced many problems. Vivek Bindra used to give permission to his office staff to use the toilet at a particular time as there was no toilet in the office and everyone had to use public restrooms. Given the problems, Vivek Bindra used to clean the public toilet so that his employees do not have any problem with the washroom.

as Time passed, Vivek Bindra emerged as a successful businessman though 2016 proved to be the worst year for his career and that year he had to sell his house to pay salaries to his employees but soon he recovered from that failure and today he is a successful Businessman, YouTuber, Motivational Speaker, Business Coach and Entrepreneur. 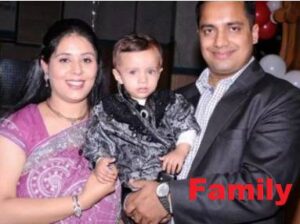