Bill Gates is An American business man, software developer & co-founder of Microsoft who changed the computer world  forever and his company Microsoft is one of the largest companies in the world. 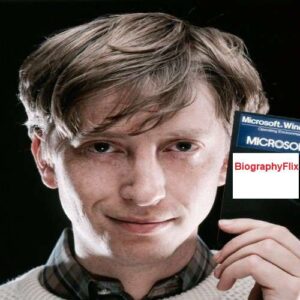 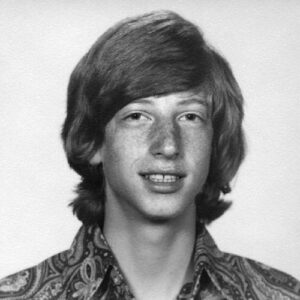 Bill Gates was born on October 28, 1955 in Seattle, Washington. His father’s name was William H. Gates Sr. was an American attorney, philanthropist, and civic leader. His mother’s name was Mary Maxwell Gates who was an American business woman, civic activist, executive, teacher & was the first female president of the king county’s united way.

When he was 13, he was enrolled to the Lakeside prep school where he wrote his first software program. When he was in the eighth grade, he became very interested in a computer, this was not a computer like the one’s we are familiar with it was the Teletype Model 33 ASR of the time which was connected through phone lines to the computers of the general electric company. This computer amazes Bill Gates, he wonders what this computer can do and he started spending hours trying to figure out the computer. With the help of this computer, he developed his first software program.

While studying at Lakeside Prep School, Bill Gates made some friends, Who were very passionate about computers like Bill Gates.  Kent Evans (Bill Gates’ first best friend), Paul Allen (a tenth-grader) and Rick Weiland were on Bill Gates’ best friends list. Together they started a lakeside programmers group. They tried to come up with ways to use the computer outside school too. In Seattle, there was a small company named Computer Center Corporation and this company used to rent computers to people for hours. A year later, in 1968 Bill Gates and his friends started visiting this store to use the computers. The cost of using a computer was very high. At that time, this company used to charge $ 40 dollars for using the computer for an hour. So Bill Gates and his friends started looking for bugs in the operating system of CCC. They found the loopholes in the computer system and tried to exploit those for more computer timing but when they were caught, they were banned by the company.  In the next year, the company hired Bill and his friends to find bugs in their computer system, instead the company allowed them to use the computer for free. Here, Bill gates learnt several programming languages like: Fortran , Lisp But after some time this company went out of business, after which Bill and his friends lost access to the computer.

After sometime they found a company in Portland named Information Sciences Inc. This company allowed them to use their computers for free too as long as they wrote a programme f0r the company. It was a payroll programme   and this programme helped them to learn more about taxes and payroll. By then, their school had recognized the talent of Bill and his friends. In the year 1971, Bill Gates and his friend Kent Evans were asked to write a program for the school. They had to make class schedules on the programme. Both of them worked very hard on that particular school programme but on a weekend, Kent Evans went on holiday to the mountains but unfortunately, he died after falling off a cliff. Bill was shocked after this incident but Bill continued his work with other friend, Paul Allen.

In the year 1972, Bill Gates and Paul Allen founded their first company and named it Traf-O -Data. Bill wanted to develop a program that could process traffic on the roads so that they could sell it to the traffic department. Even after working hard, this idea was not successful. In 1973, Bill graduated from high school and scored 1590 out of 1600 marks in the SAT exam. After scoring so well, he gets admission in Harvard University which is one of the universities in America. During this time Paul Allen moved to Boston and started working in Honeywell Corporation. Paul Allen also invited Bill to work in this company and in 1974 both friends were working in Honeywell. Corporation.

One day Paul Allen was walking on the street then he saw a magazine stall on the side where magazines of popular electronics were kept. The front page of Popular Electronics Magazine had a picture of Altair 8800. Altair 8800 was the first personal computer in the world. This computer had Intel 8080 processor. Paul bought that magazine & ran to show it to Bill Gates. Paul had been trying to convince Bill for a long time that the size of computer chips is getting smaller day by day and its speed is increasing, so after a while someone will make a computer that will be so small that it could be used as a Personal Computer. MITS (Micro instrumentation & telemetry Systems,Inc) company made the Altair 8800 computer before Bill and Allen.  Bill and Allen called this company and told that we both want to make software for Altair 8800 computer in Basic. During this, Bill dropped out from Harvard. Together the two friends created a new version of BASIC programming and sold it to Altair. The company was very happy with the work and company offered a job to Paul, but by that time Paul had opened a consultancy named Micro-Soft. it was later renamed to Microsoft.

Microsoft had received several contracts from Texas Instruments & a Japanese Company but Microsoft got its biggest break when they provided DOS operating system for IBM computers. During this time Microsoft’s team was working on a new operating system, and in November 1983, Microsoft announced its first operating system, which was named Windows 1.0, although it was officially launched in 1985.

In March 1986 Microsoft launched its IPO and the cost of IPO was set at $21 per share. Microsoft IPO price reaches $28 per share after first day of trading. After this the share price of Microsoft kept on increasing and this company became extremely successful. After the launch of Windows 98, the demand for their software increased worldwide and their computers were tremendously successful and Bill Gates became the richest man in the world. 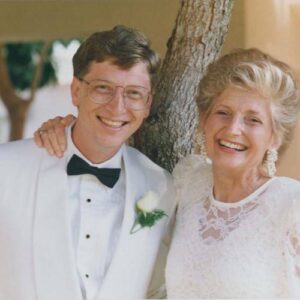 Some Interesting Facts About Bill gates